Very recently, Wimdu invited me to a getaway in London! With little planned and minimal items packed, I set off to my little stay at an apartment in Ealing Broadway. There is a video of my trip at my YouTube channel here. 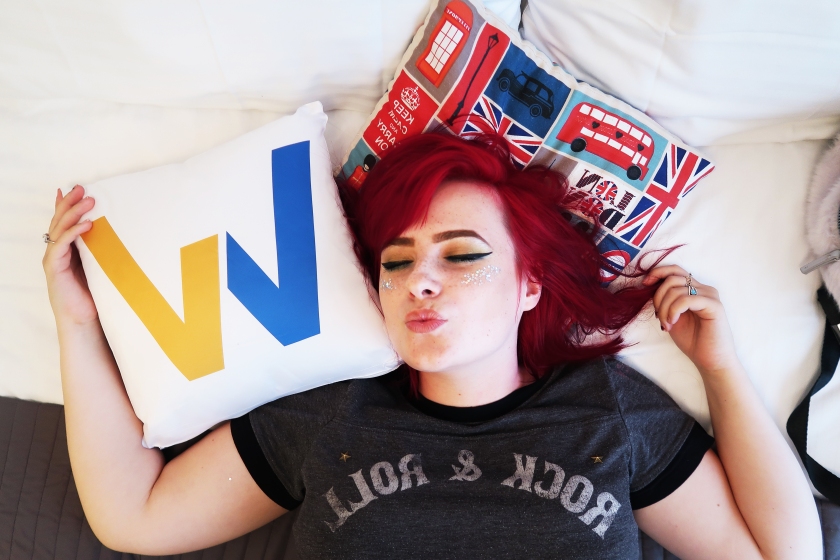 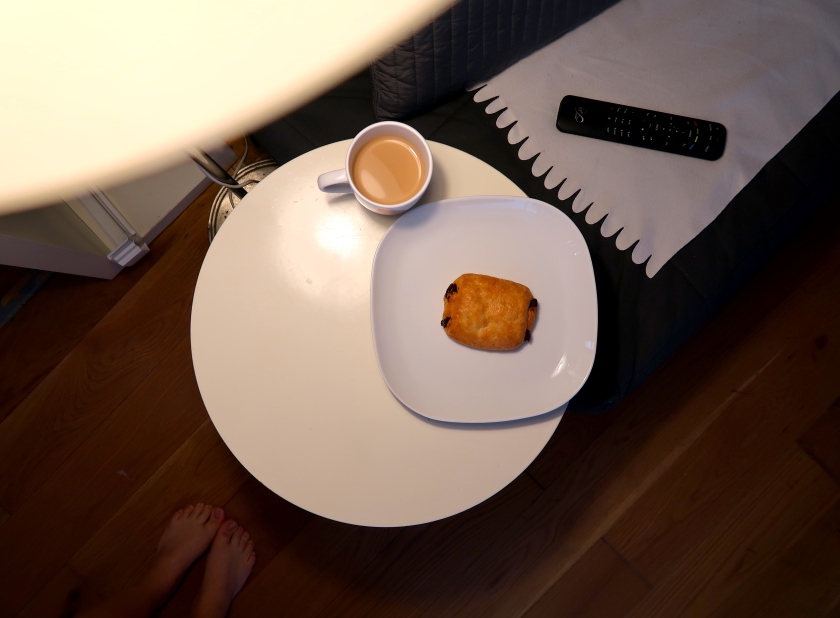 I had purposely allowed my short break away to be spontaneous and unplanned, giving me all the freedom to venture out and seek for whatever sights take our fancy. London is one of my favourite locations in the world and fortunately it is very close to home and there’s a lot to do there. A lot of last minute decisions were made throughout my trip so I thought it would be fun to discuss small and simple ways to plan your holiday!

We are already so clued up on what’s trending within the internet world, we should be doing the exact same when we are travelling somewhere new! It is always a good idea to have a scroll around current Facebook events in the area or recent Twitter posts under location hashtags, etc to find out what’s going on. This way you can make the most of the exact time and place you are travelling. Being able to travel is a good thing, being there at the right time is a great thing!

Amazingly, Facebook let my boyfriend and I know that a Just Eat food festival was happening in the area. The Facebook event stated that there will be award winning food and a cozy environment to chill out and listen to some live music. The festival had photo booths, a blow-up flamingo seating area, photoesque lounges, cocktail bars and even a giant adult slide. 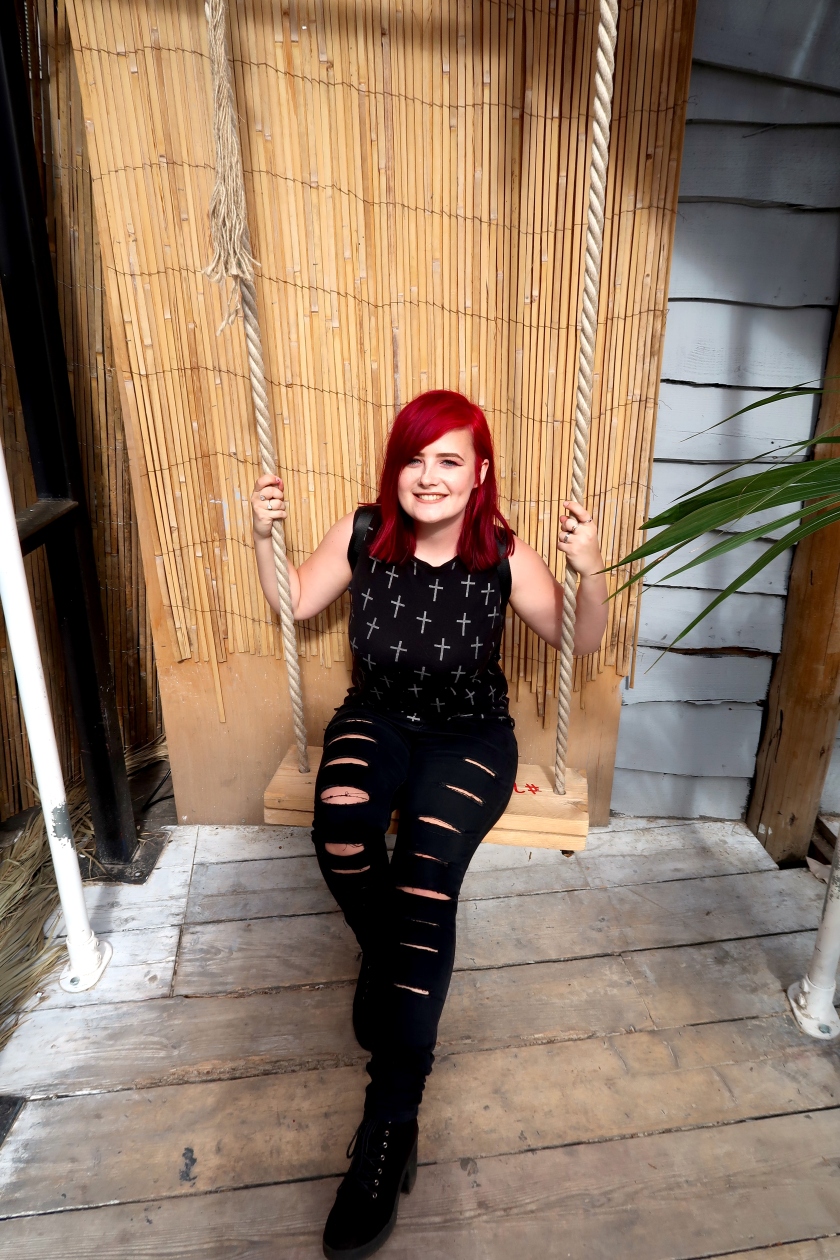 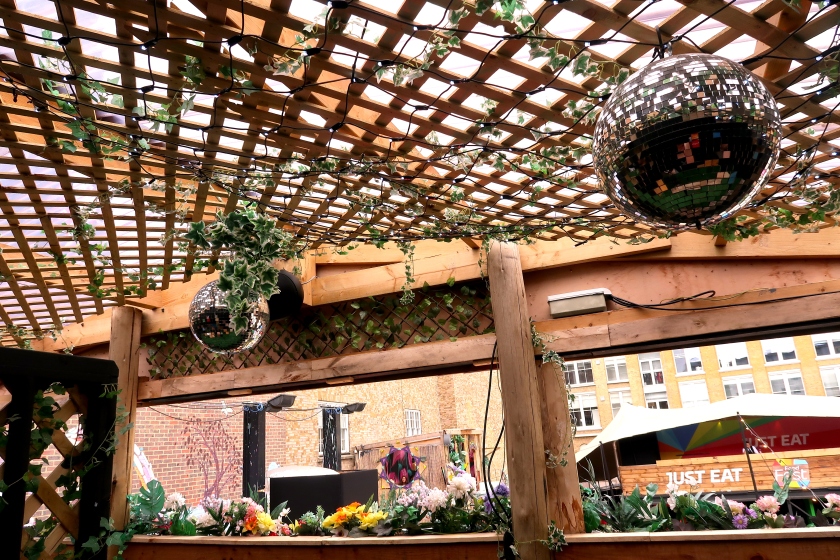 If you know anything about me, one of my favourite things to do is eat… During most special occasions, I am always most excited about the food (lol). A holiday is the perfect excuse to cheat yourself out of any current diet and go a little crazy. If I ever find myself in a new area, I love to scope out the location for some hidden gems. Food hot spots can really range from independent cafes to well-known restaurant chains. Honestly, not one evening of my getaway trip was spent in front of the oven… whoops! 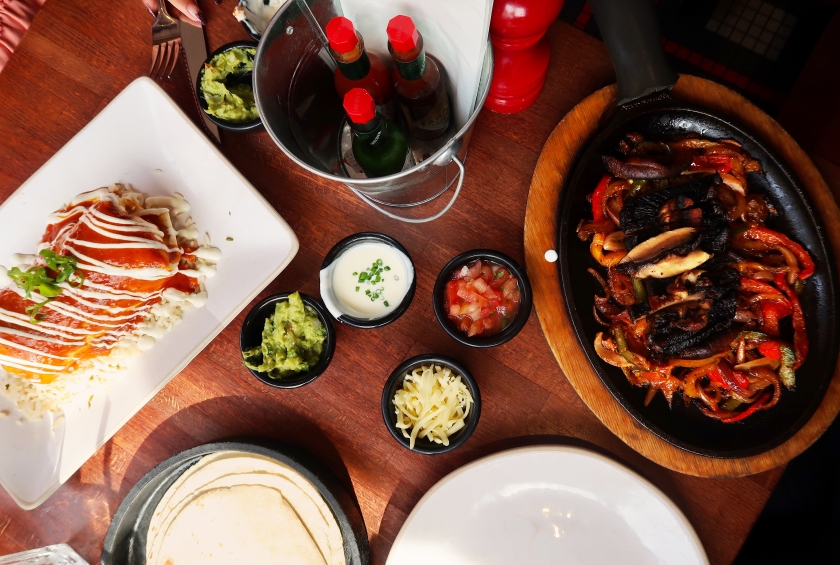 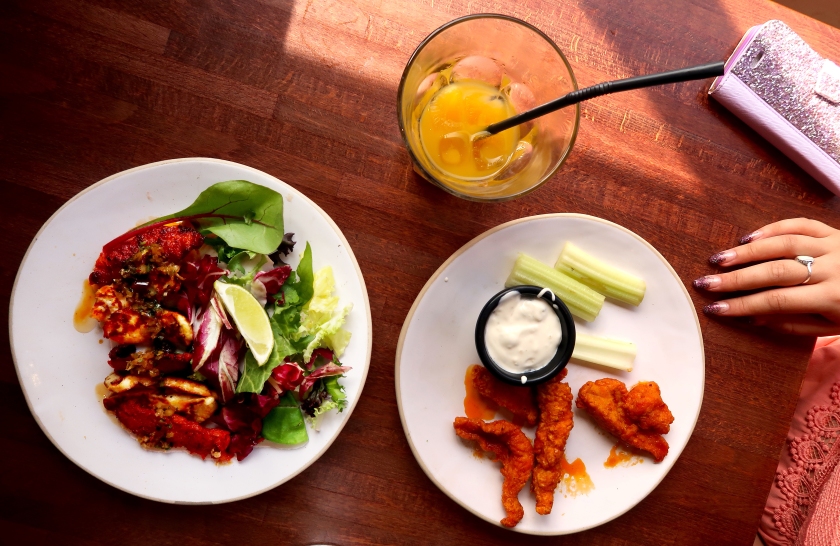 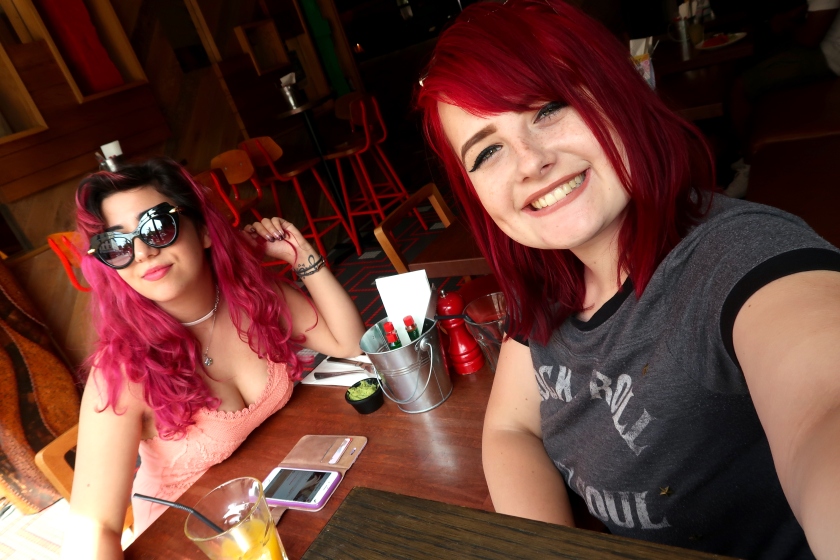 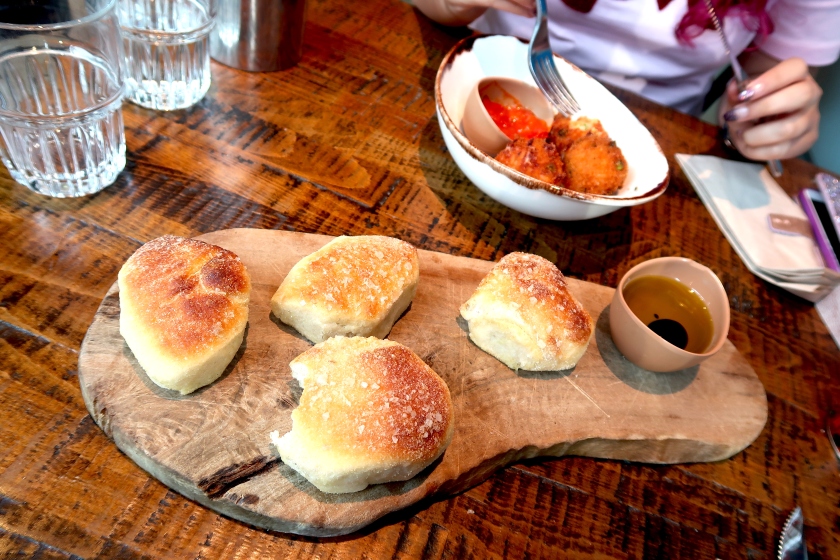 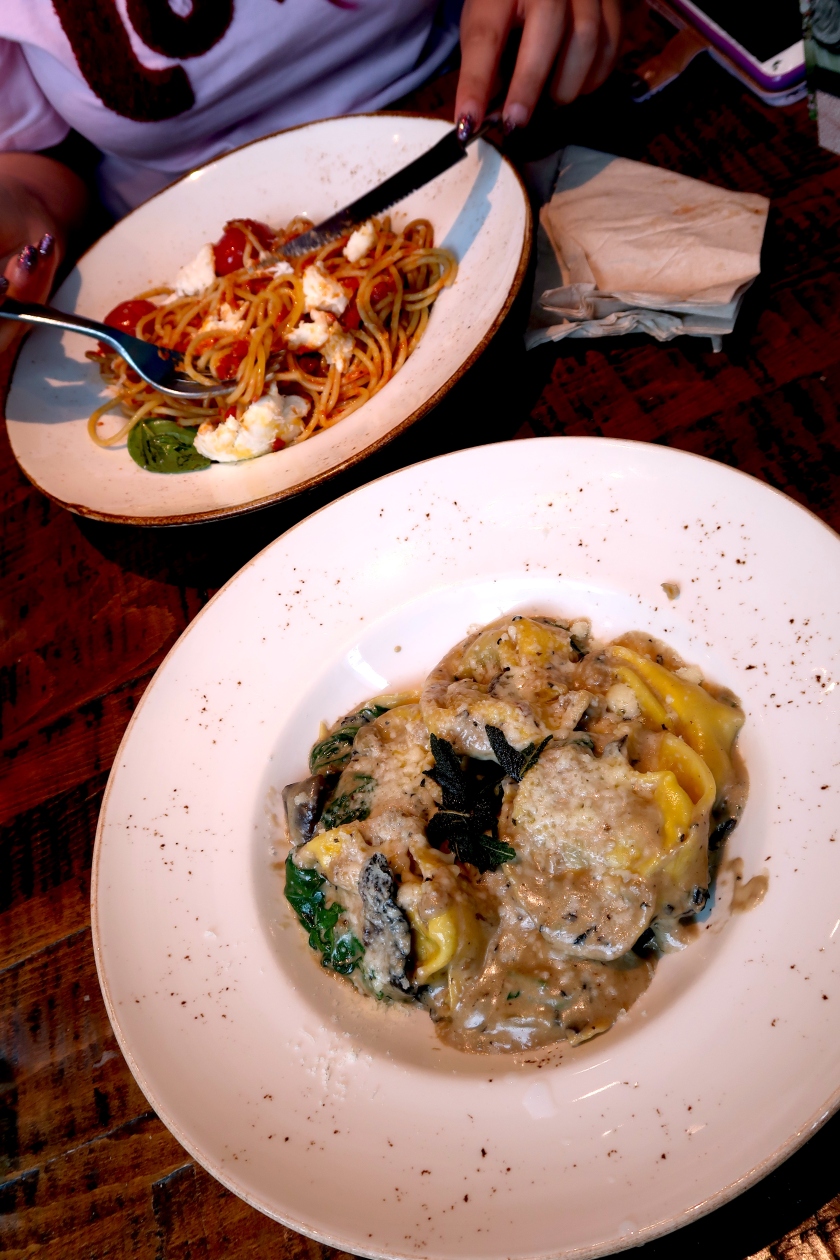 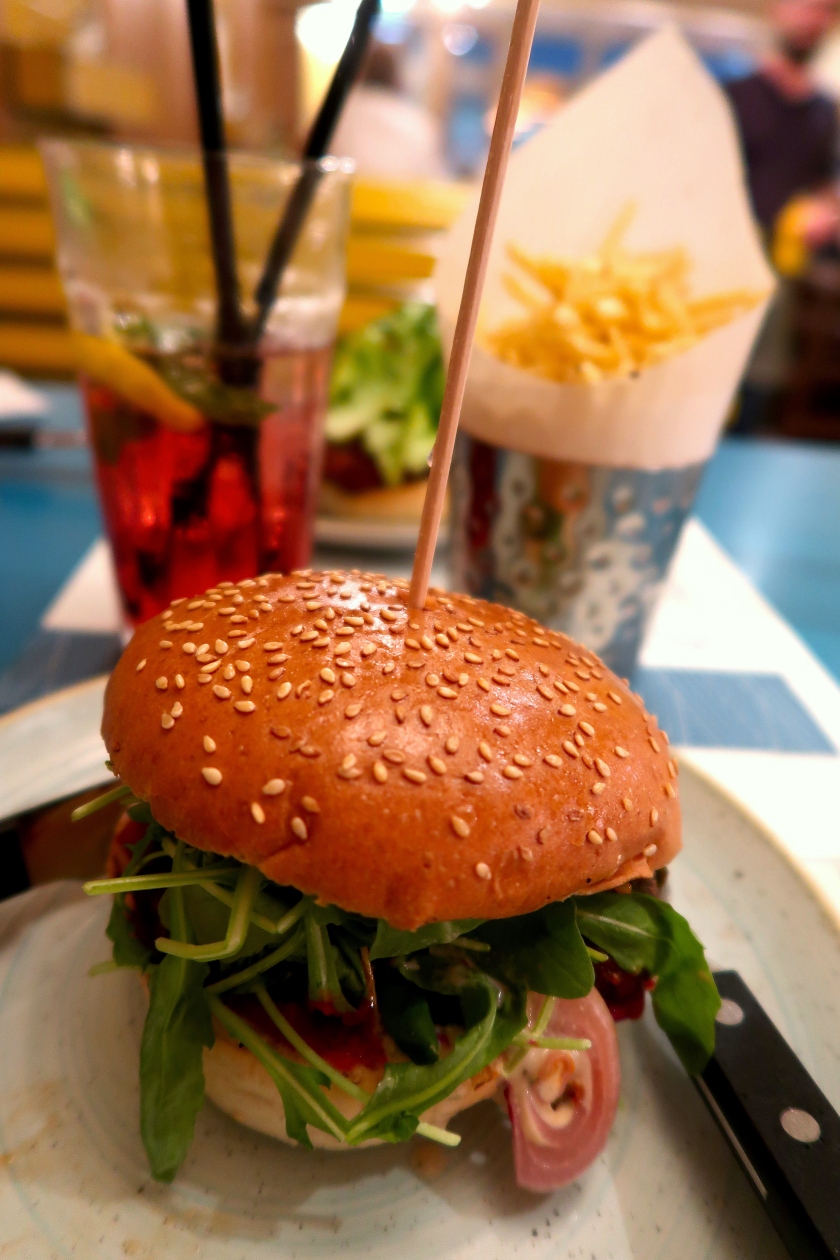 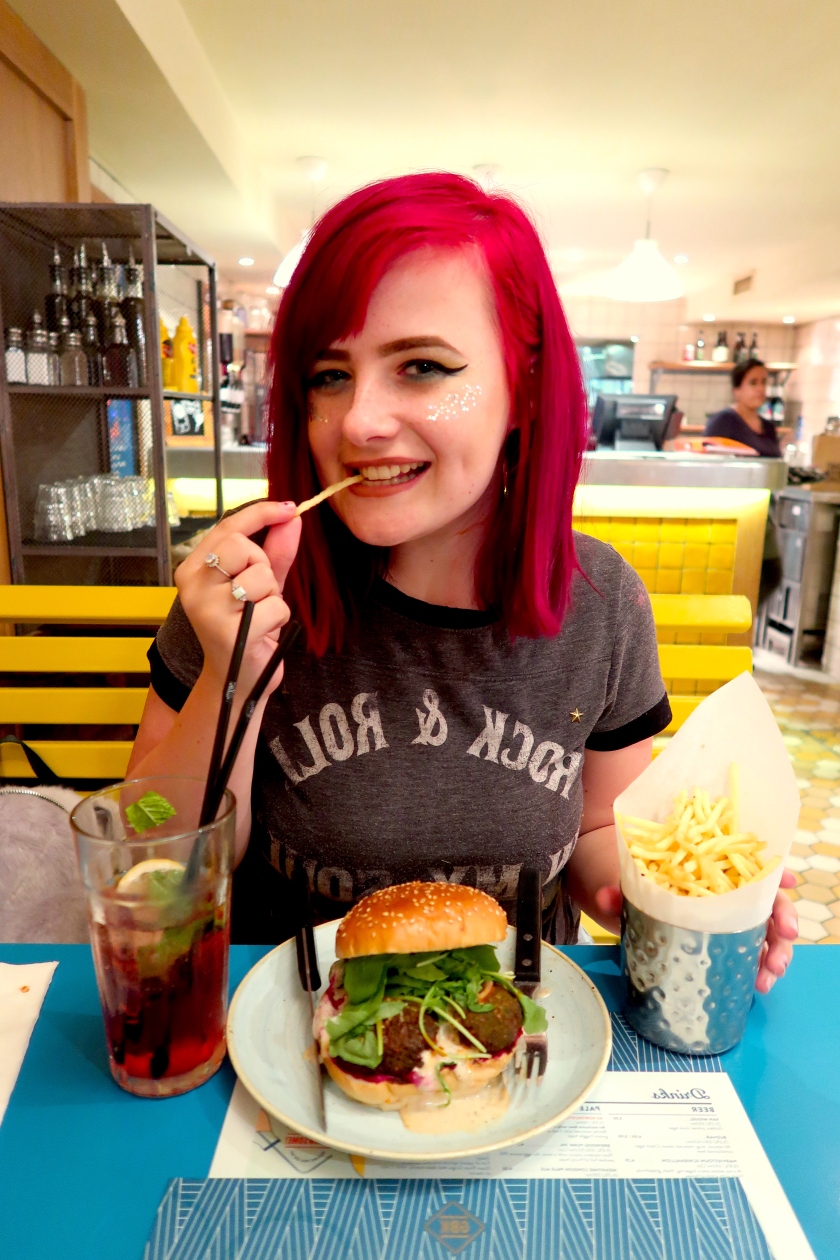 Finding the money maker of the location you are visiting is knowing what brings all the tourists there in the first place. On holiday, I always have a couple what I call ‘tourist days’. These days are all about doing the stereotypical things everybody does in the area. Why is it popular? What do the majority of people travel there for? How does the city reel visitors in? This is usually the easiest tip to follow because it’s never too difficult to work out somewhere’s true selling point. On one of the days, my friend and I decided that a visit to the Tower of London was perfect for us! I find it so fascinating to hear about all the crazy events which happened in my own country… not to mention that the tower is one of the most haunted places in the world… ooooooo! (Plot twist: I saw 0 ghosts). 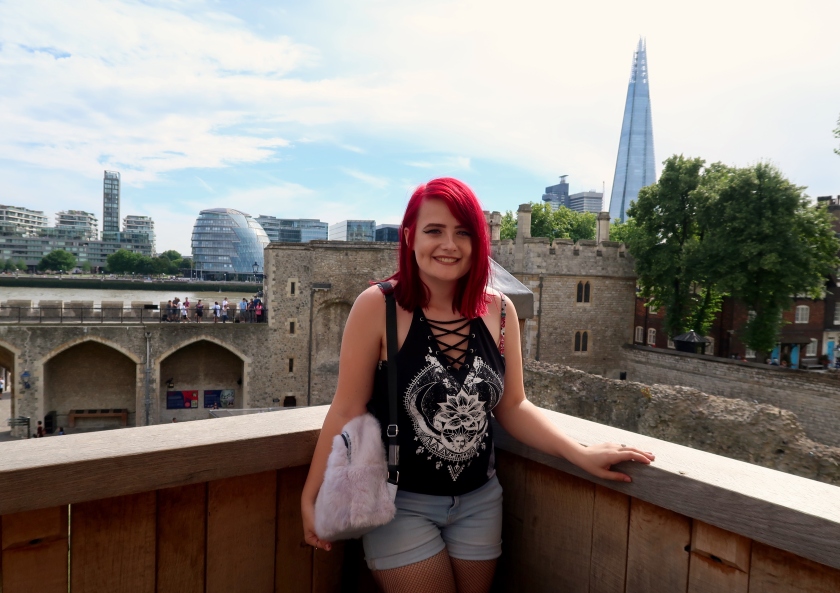 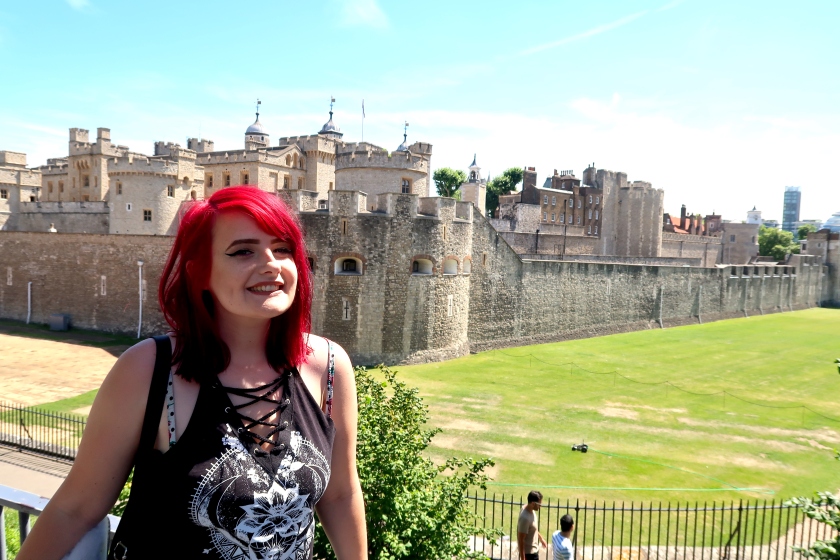 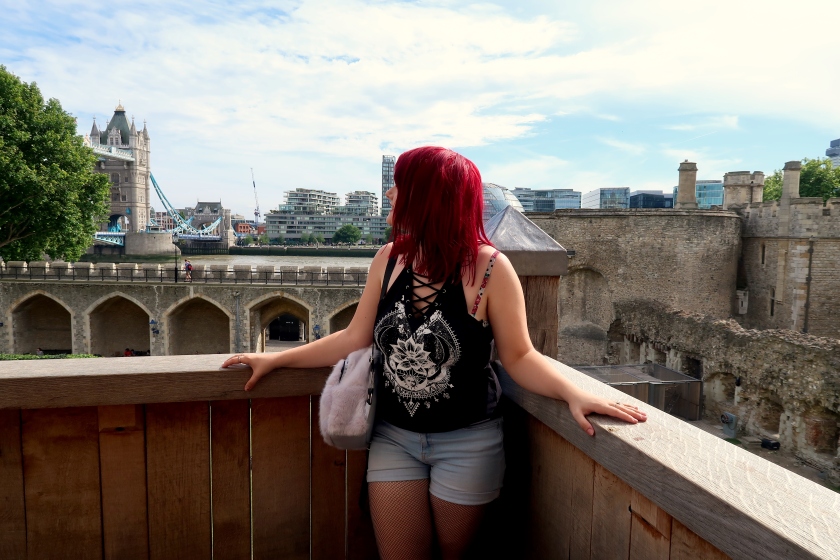 Believe it or not, back in the day people didn’t have technology to help them around new places. I know right… poor sods. In all seriousness, sometimes it is easy to forget the true fun in exploring somewhere new. Because of technology, we often forget the fun in having no idea what we are doing! I encourage you to put your phone away for at least one day (or even afternoon), and just go for a walk somewhere that takes your interest. Not only are spontaneous trips the most enjoyable ones, but you won’t know where the day will take you. You may even find some hidden gems which you wouldn’t have heard about online. During our walks, we came across a lot of incredible graffiti, some beautiful parks, pretty sights and quirky shops. 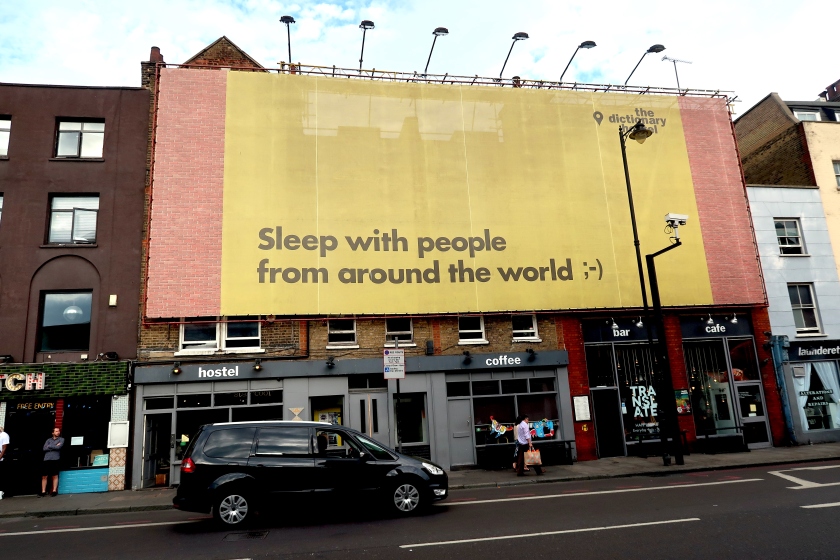 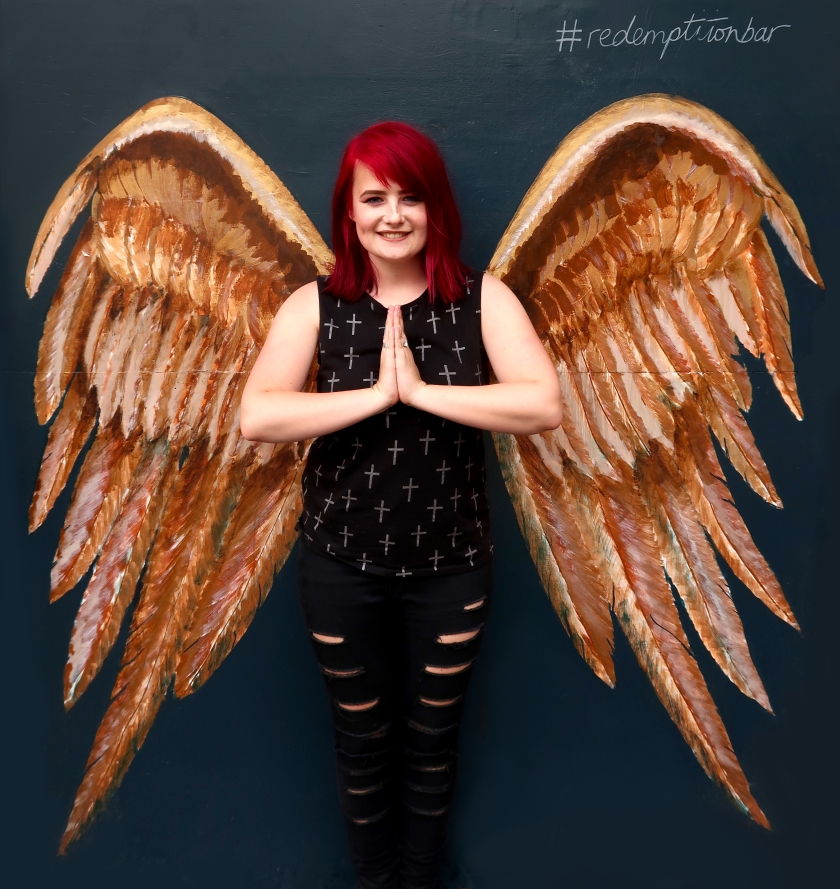 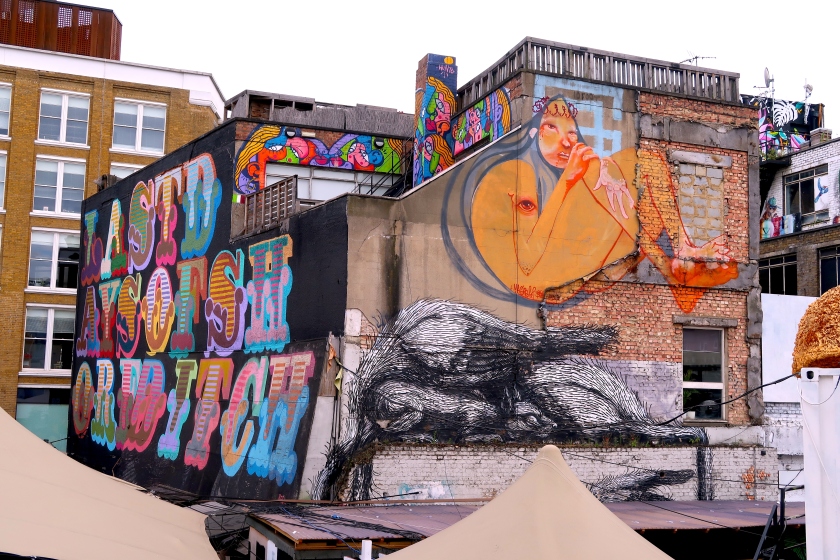 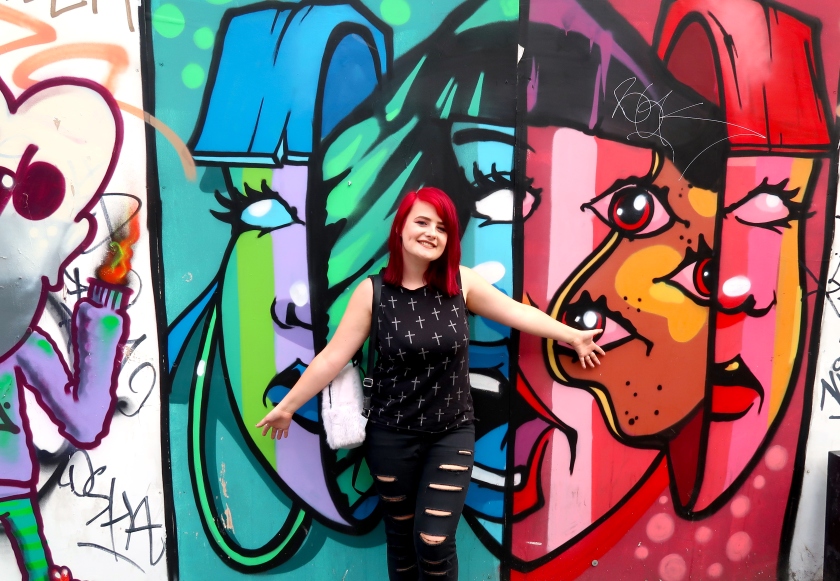 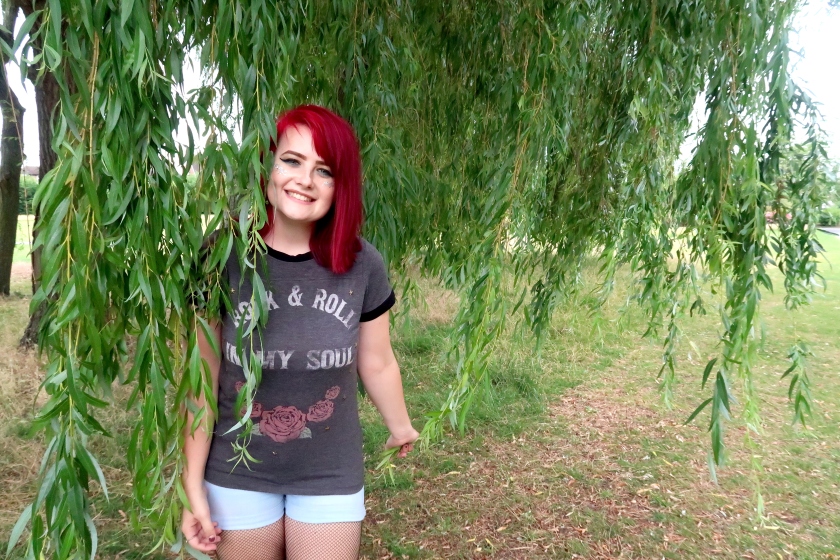 To finish this blog post, I would like to thank Wimdu for my lovely escape away into the busy city of London. I had such a lovely time with my boyfriend and a close friend; we all really appreciated (and needed!) the break away. I will leave Wimdu’s link here so that you can plan your own adventure soon: http://www.wimdu.com/?wt_vi=brand.youtube.comactivity.facebook. This blog post was inspired by two things in particular. The first one being my adorable new alternative bags from a few affordable asian websites; and the second being two encounters I had with a couple of strangers a while ago… 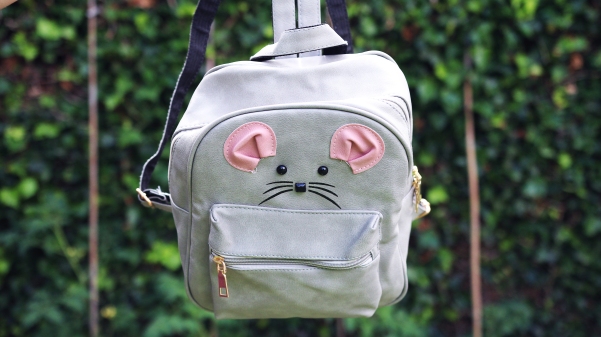 Even though something pretty hurtful was happening, I was experiencing a really empowering moment

You might be wondering what I was referring to when I say ‘strange encounter’. It was actually one of the very few experiences I have ever had where even though something pretty hurtful was happening, I was experiencing a really empowering moment. The first instance happened during a night-out in my local town. I had over-heard a conversation between a friend of mine and her mate she had invited out. I remember the girl causing a fuss with my friend because she didn’t know who I was. I could hear my friend trying to assure her that I was a nice friend and good person… She said “I don’t want to hang around her, she dresses differently”

I was only in ear shot so I could hear every word being spoken at this point. The girl must have had a lot to drink or simply just didn’t care whether I could hear or not. The most rememberable thing I heard was “I don’t want to hang around her, she dresses differently”. In that moment, I was instantly back at school amongst young kids who would make remarks just like that one. I remember making some snide comment back to her about how I could very clearly hear everything she was saying. She didn’t care. She simply turned around so her back was facing me. 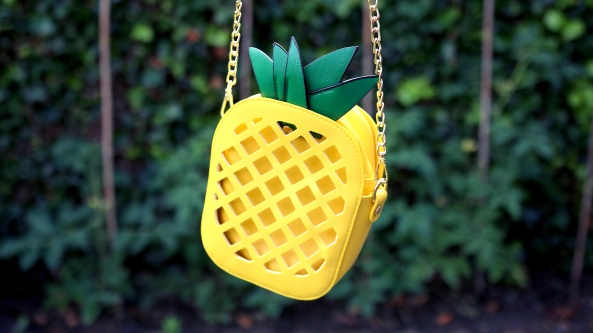 Everybody who overheard this awkward situation happening didn’t really know what to do… The majority of them were actually more concerned about what I was going to do. Was the night out about to take an awful turn? Was I going to hit her? Was I about to melt down into a show of public hysterics? Was I going to start a fight? I can tell you now, none of those things are me! What I was going to do though, was remember this experience for a very long time… I took one look at this girl and mentally made a note to myself about what unhappiness looked like. I am not the most intelligent woman in the world, but if there is one thing I do know, it is that somebody who is happy and content with their lives, does not refuse to hang around with somebody because they are ‘different’. If anything, it just made me feel more confident about how I choose to express myself

For the rest of my evening, I don’t remember feeling angry or becoming sad. I simply remember gaining a massive sense of pride and self respect. Not only had somebody noticed that I have the confidence to dress differently and put on clothes that I thought looked great, but I was able to disallow somebody with ill intentions to affect me. If anything, it just made me feel more confident about how I choose to express myself – especially in a world filled with people like her. 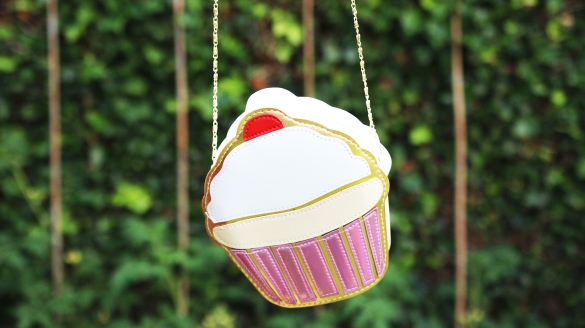 Another fairly similar experience happened during a Big Brother audition (that’s a story in itself, click here to watch my story-time video on YouTube…). We were instructed to play a game where we had to ‘nominate’ people from the circle. Long story short, a girl had picked me because she didn’t like the way I dressed. Even though I had carefully planned to wear my lovely new floral vintage dress because I believed it looked great, she scowled at my dress and loudly made a “what are those awful pop socks” remark at my legs. (She was referring to my favourite pantyhose which are designed to look like stockings. I’ll leave a link here). As the entire room of 30 other people had heard her comment, I just remember pretending to laugh it off as she pointed down at my “awful” dress and stockings combination. Both of those small experiences I had were so tiny and insignificant in the grand scheme of things, but both of those girls had no idea that they were making such a positive impact on my life. When I look back at these small encounters, I realise how much they helped me grow. Not only did it remind me that I have the guts to step outside the house and wear whatever the hell I want, but it reminded me that there are people out there who wouldn’t dare be different. So much so, that they would rather bash other people down for having the balls to. There I was, doing whatever the hell I wanted, completely forgetting just how happy and oblivious I am in my own little world of fashion, hair and makeup choices. I really hope that reading this blog post can give you that little nudge of reassurance if you double take your appearance when walking past a mirror to ask yourself whether people will have something rude to say. While you’re out there expressing your kick ass clothing taste, others are green with envy as they watch. Nobody who has ever knocked another person down has ever truly been ‘on top’ – in fact, the very reason somebody will ever try and bring you down is to pull you onto their level. Whoever is trying to bring you down is already below you: don’t you ever find yourself stooping that low.

There was an error retrieving images from Instagram. An attempt will be remade in a few minutes.